Medela has been in the news recently, well, quietly anyway. The breast pump giant will stop production this year on its Personal Double Pump (model 57038 or MY57038). 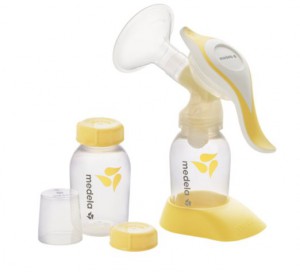 This model was manufactured specifically for sale through insurance companies which are a huge part of medal’s business with the Affordable Care Act in play.

Complaints have plagued this pump, however, claiming that it doesn’t pump as efficiently as the models sold through normal retail.

Even though the pump will be phased out after 2015, it will still be available on shelves and can be purchased through Amazon and Insurance carriers.

What the Affordable Care Act has to do with Medela

Bloomberg Business wrote an interesting article recently about Medela and how the Affordable Care Act (ACA) of 2013 has affected the company and it’s sales (mostly for the good). The ACA requires that insurance carriers cover the cost of a breast pump but it also set a max price on the cost of the pump.

According to the Medela rep quoted in the Bloomberg article, the profit margin of the pumps sold through insurance verse retail is about one-third lower. That’s an interesting thing to consider. One of Medela’s top of the line pumps-Pump in Style Advanced – runs for nearly $360. The price listed for the Personal Double Pump model that is being phased out is $111 on Amazon.

According to Medela, the pump that insurance typically covers is actually a scaled down version of their expensive Pump in Style Advance pump.

Insurance Pumps Deemed not as Good as Retail Pumps

The common complaint about the Medela Personal Double pump women receive through insurance is that it is not efficient enough at pulling milk down. 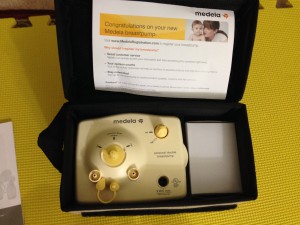 If you look up the  Personal Double Pump Model 57038 on Amazon, you will see it has a 2.5-star rating with numerous negative review comments.

Quite a shocking difference when compared with it’s the closest model the Advanced Personal Double model 57065 which has 4.5 stars and great feedback (it runs for not too much more. Amazon has it for $140).

After her son was born, Philadelphia attorney Leah Katz attended a lactation group meeting for help expressing milk. “When I complained that I wasn’t getting much, the first question everyone asked was whether I was using the insurance pump, because it wasn’t as effective,” she says. Katz wound up paying $360 out of pocket for a Medela to use at home and an additional $80 a month to rent a hospital-grade version for the office, to get through five pumping sessions each day and another in the middle of the night.

Medela has said that the pumps sold through insurance carriers are identical to those sold through retail. They said the “motor is the same but some other components may be different”.

The 2 Phase Expression Technology is said to yield 18% more milk than pumps without it. See Medela’s side by side comparison of the pumps on their site here.

Medela has defended the pump and pointed out that it is set to phase out after 2015. They want to focus their product portfolio on the 2 Phase Expression Technology.

So Does ACA Lower Prices but Inadvertently Lower Quality too? 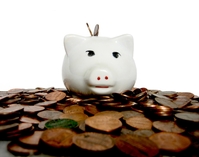 The ACA requires that insurance carriers get pumps through durable medical equipment providers. This left mostly hospitals and major retailers and cut out small retail.

But the major piece of the law that changed everything was the max price that was set by the ACA.

This has left manufacturers pressured to low prices. According to the Bloomberg article –

After the ACA went into effect in 2013, Medela increased production of less expensive models that had been developed for women receiving U.S. government aid.

With Medela’s competition, Ameda and Philips Avent (both great brands) topping their top-of-the-line pumps out at just over $200, that puts Medela in an interesting position. In order to hold onto their 80% market share, they need cheaper versions of their quality pumps in order to fall within the ACA max price limits.

So does the price limit set by the ACA inadvertently lower quality?

Possibly. Medela is still a business and they can’t give their best and most expensive pump (the Freestyle – amazing pump by the way) for a fraction of the price. So the solution is to develop lower cost pumps. But as a consumer who has grown to trust the brand name of Medela, we have to hope that all future pumps offered through insurance carriers will carry the same quality we love and trust.

The ACA can set the limits but all women deserve a quality pump. The pump options available differ by the insurance carrier and this doesn’t just apply to women on government assistance.

Some private insurance carriers only offered the Personal Double pump in question, forcing mother’s to chose the low-quality pump or shelling out the money for a better quality one. But that’s not a luxury that we all have the means to do.

What do I Think of Medela

I actually applaud Medela for phasing out this dreadful pump. With so many better options in their portfolio (the Advanced Personal Double is one of them) at nearly the same price, why risk tarnishing their good name? I still stand by most of their products (the Pump in Style Advanced and Freestyle pump being a few).

I think if their goal is to move all their pumps in the direction of their 2 Phase Expression Technology then they will be better for it.

I do hope they continue to provide us with quality products even at a low cost. With women going back to work so early in the US because of limited maternity leave time available, it is more important than ever that all women despite their insurance carrier are provided with a quality pump.

I hate to think the ACA will cause quality to drop but I hope more than anything it prompts change within the Breast Pump Industry with an emphasis on quality at a lower cost.

What do you think of the Affordable Care Act and its influence on the Breast Pump industry? Do you think it is fair to offer those on government assistance lower priced and therefore, lower quality pumps?

Previous Post: « Breastfeeding Cafes – Why This is a Brilliant Idea
Next Post: Breastfeeding and the Holidays – ‘Tis the Season to NOT Indulge »