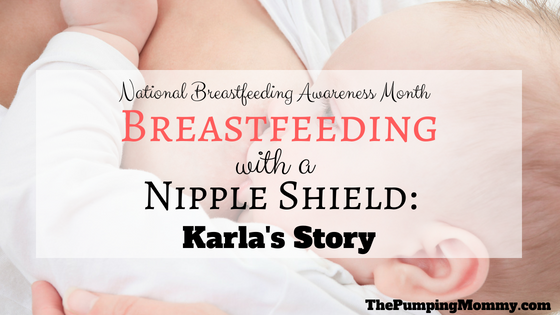 There are many reasons that a baby may not be able to properly latch to the breast.

Flat or inverted nipples is a condition not often talked about. This basically means that the nipple does not protrude enough even when stimulated to allow your baby to get a deep latch.

This can cause a host of issues from crying at the breast, low milk supply, gas/colic in baby, having to supplement, etc.

One solution that helps tremendously with inverted nipples is breastfeeding with a nipple shield.

In today’s guest post, Karla Suarez shares her story of overcoming inverted nipples and how she was able to use a nipple shield to overcome her breastfeeding issues! 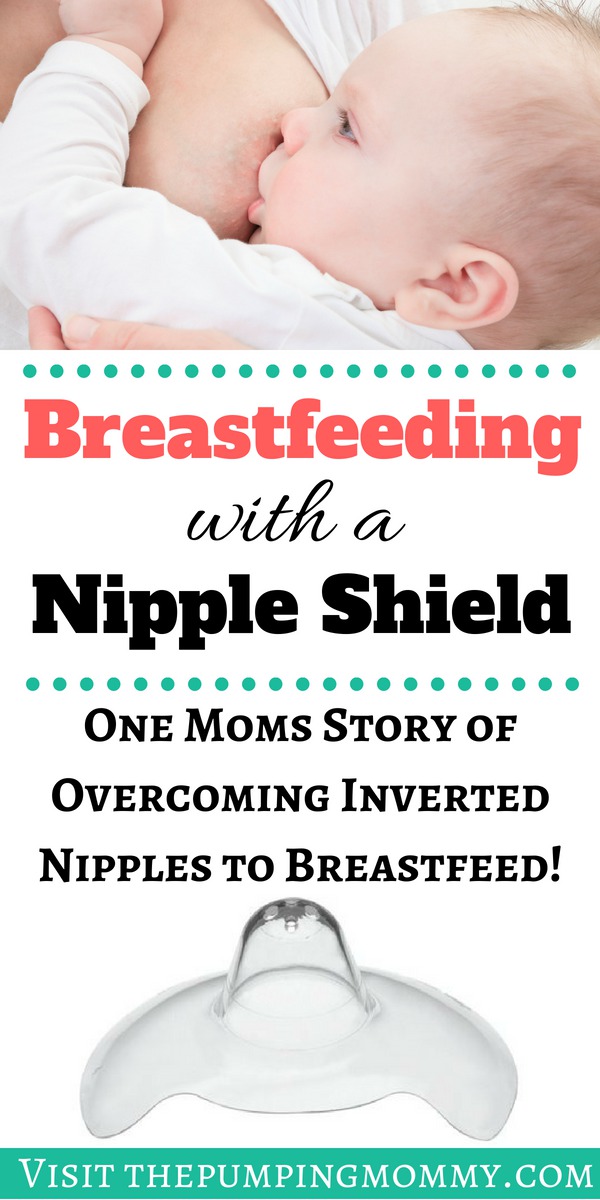 Before my first baby was born, nobody told me how hard breastfeeding could be.

Maybe that was because I didn’t actually know anyone who breastfed. Perhaps it was because for a lot of women breastfeeding just comes naturally.

Possibly it was because people don’t like to tell pregnant women the hard parts about motherhood, and that nursing a newborn can be difficult.

So when I was pregnant for the first time, I didn’t think to prepare all that much to breastfeed my baby.

I knew I wanted to breastfeed, and I even signed up for a class at the very end of my third trimester. Unfortunately for me, I went into labor and my baby was born the day before my breastfeeding class.

I had to learn on the job.

I had NO IDEA what I was doing, so my midwife guided me on how to position her.

My nipples had become inverted during the last month or so of my pregnancy (those hormones can do crazy things!), and my newborn could not latch.

I quickly discovered that we had a problem. My nipples had become inverted during the last month or so of my pregnancy (those hormones can do crazy things!), and my newborn could not latch.

I began giving small amounts of donated breastmilk to my baby on her very first day and starting pumping on day 2.

Fortunately, I was able to extract a little bit of colostrum, but I was still having no luck getting baby to nurse. So I enlisted the help of a lactation consultant, who had lots of tips for me.

She told me I needed larger flanges for my breast pump (I would never have thought of that!) and to try a nipple shield. She gave me 3 different shaped nipple shields to try, and I tried them all while she watched on.

One of the shields worked well for my body and my baby, and baby girl latched for the first time. She even extracted some of the precious colostrum, and I felt so relieved.

I was still struggling to nurse without a shield when my baby girl decided she was no longer interested in latching at all around day 5.

After another visit with the lactation consultant, I was told she had a significant tongue tie that needed to be corrected.

…but unfortunately, it was not the magic cure for us…

We had the tongue tie procedure done as soon as we were able to find a doctor to perform it, but unfortunately, it was not the magic cure for us that it is for so many babies and moms who are struggling to breastfeed.

My baby girl would still not latch and we were both frustrated and exhausted by the whole thing.

I spent the next several weeks pumping around the clock to try to keep up with the demand of my growing baby. I power pumped, set alarms to wake up in the middle of the night and took every single milk increasing supplement I could get my hands on.

I spend all day, every day either pumping milk or trying to get my baby to nurse (still unsuccessfully).

We were finger feeding our babe with the help of a lactation aid, and I had a constant feeling of being overwhelmed and a failure. I didn’t understand why I couldn’t feed my baby!

I could grow her, birth her and make milk for her, so why was I having such a difficult time?

A final visit with the lactation consultant left me feeling devastated when she told me that some babies just aren’t interested in nursing and that my baby didn’t seem to have the ‘nursing instinct’. I decided to keep pumping and supplementing with donated milk for the time being, but also began to consider switching to formula.

I decided to keep pumping and supplementing with donated milk for the time being, but also began to consider switching to formula.

At my 2-week postpartum visit with my midwife, breastfeeding was the hot topic of discussion.

When my midwife asked me how I was doing, I answered that I was fine, but she saw right through me. She said something to me that has stuck with me almost 7 years later.

I burst into tears right then and there – she said exactly what my heart needed at that moment.

I felt a weight lifted off my shoulders after that visit with my midwife. I was still disappointed with where we were in our nursing journey but decided to take it easy on myself.

I continued to pump but stopped waking up at night to pump and we began feeding with a bottle instead of finger feeding.

For several weeks I mostly stopped trying to nurse my baby because it always ended in frustration for both of us. I pumped and bottle fed and decided I would begin supplementing with formula once I ran out of donor milk, as I had been unable to keep up with her demand.

One day when she was about 5 weeks old I decided I would try nursing her again.

I got out the nipple shield (since that’s the only way we had success before) and sat down on the couch with my girl. To my great surprise, she latched right on!

To my great surprise, she latched right on!

From that day forward she exclusively nursed – we ditched the bottle right then and there.

I used the nipple shield until I felt comfortable that she was going to continue breastfeeding, and then we weaned from the shield. I found that the shield had actually been suppressing my supply a little, and I had more milk once we stopped using it.

My baby girl who did not want anything to do with breastfeeding as a newborn continued on to nurse until 22 months.

When I think back about the start of our journey, I mostly remember how hard and endless it all felt. But I also feel pride that we overcame our struggles and went on to have a long and healthy breastfeeding relationship. 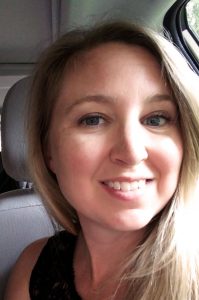 Karla Suarez is a natural living enthusiast, creator of healthy body products and holistic loving mom of 3 with the heart of a teacher. Her website, Eco Living Mama, helps families interested in ‘going green’ make fast and easy changes in their everyday lives that will improve their health, well-being, and quality of life. Karla has more than 5 years of breastfeeding experience, loves to garden, has a passion for DIY skincare and believes that fresh food is always better. She writes about all of these topics and lots more on Eco Living Mama.