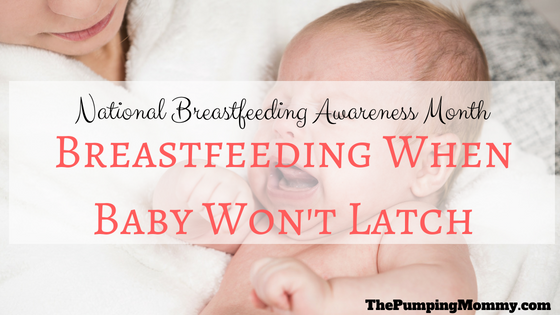 Breastfeeding issues can be so tough to work through, especially when you are a first-time mom.

Most of us have this perfect picture in our minds that our brand new baby will immediately take to nursing because it’s natural, right?

But what if your baby won’t latch?

What if they only scream at the breast?

What if it takes you hours to feed them only to turn around and do it again?

Today’s feature in our National Breastfeeding Awareness Month series tells Kendra’s story and about dealing with not only her first baby having a poor latch but her second and third having issues as well.

It is so inspiring to read about how she did not give up and worked through the issues and eventually went on to breastfeed until her son was four-years-old!

8 years deep into breastfeeding her kids and she has a lot to share!

I hope you find as much encouragement reading Kendra’s story as I have! 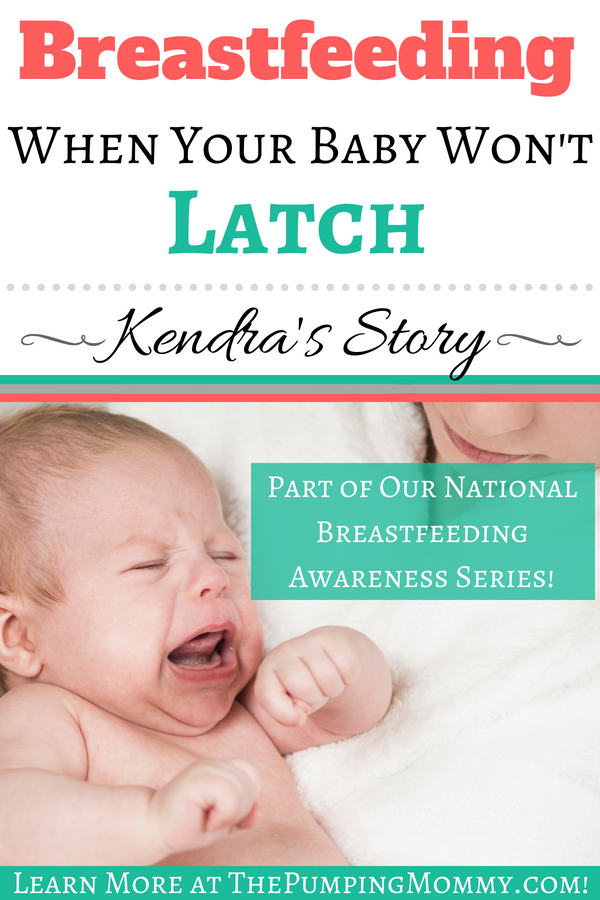 If you would have told me during the first few weeks with our first born that I would go on breastfeeding for the next eight years, I probably would have laughed.

And then perhaps said something not so nice in my post-pregnancy hormonal, emotional, struggling-to-breastfeed-but-not-succeeding state of mind.

I didn’t know at the time our breastfeeding journey would have a happy ending. I’m going to tell you all about it, but first, let’s back up a bit.

When I got pregnant with our first baby I knew I wanted to breastfeed. The benefits of breastfeeding for both mom and baby were convincing. However, realizing the cost of formula was enough to get this budget-loving mama on the breastfeeding train.

I planned to stay at home with my baby, so breastfeeding just made sense to me. I took the hospital-offered breastfeeding class, bought some nursing bras and tanks, and voila! I was ready!

Well, little did I know life had other plans for me.

Or so I thought. Well, little did I know life had other plans for me.

After our son was born he refused to latch.

No amount of hands-on assistance from the lactation consultant and daily trips back to the hospital for breastfeeding help could convince him.

“Try putting some milk into the nipple shield first!”

“Try sugar water on your nipples!”

“Try nursing him in the bathtub.”

“Try syringe feeding first so he’s not so hungry.”

“Try taping the supplemental nutrition system tubes to your nipples.”

“Try nursing him when he’s sleepy.”

We tried every single one of those ideas – without any luck.

Seriously, how hard could this be! Weren’t babies supposed to come out knowing how to nurse? Was there something wrong with me?

I’m pretty sure the lactation consultant thought we were a lost cause. And to be honest, I kind of thought the same thing. And it was utterly devastating.

Weren’t babies supposed to come out knowing how to nurse? Was there something wrong with me?

Nobody had prepared me for the emotional rollercoaster the breastfeeding journey can be.

You see, I thought that I had a week – maybe 2 weeks at most – to make breastfeeding work. Where I got this idea from, I’m not sure.

So imagine my sense of hopelessness as we approached 2 weeks without any signs of breastfeeding success.

Despite no evidence that we were ever going to succeed at breastfeeding, and feeling like every other baby in the world had learned to do so within his or her first week of life (a little dramatic, I know – but that’s how I felt at the time), I was determined to be more stubborn than my nipple-refusing baby.

I decided to take our breastfeeding journey one week at a time.

After one week if we had made no progress whatsoever, then I would give up and switch to pumping and bottle feeding. If some progress had been made then we would continue for another week.

And you know what? Week by week I began to see a few signs of progress here and there.

At first, it was that he didn’t scream when I held him at my breast.

Then, he was willing to comfort nurse. And then he started to take feedings at the breast – even though it took him an hour and a half and was excruciatingly painful.

We made a little more progress each week until finally at 2 months old he turned a corner and began nursing like I’d always imagined nursing a baby would be.

He was taking full feedings that only took 40 minutes (yep, I counted that as major progress) and which didn’t cause me pain.

I knew then that we were going to make it. 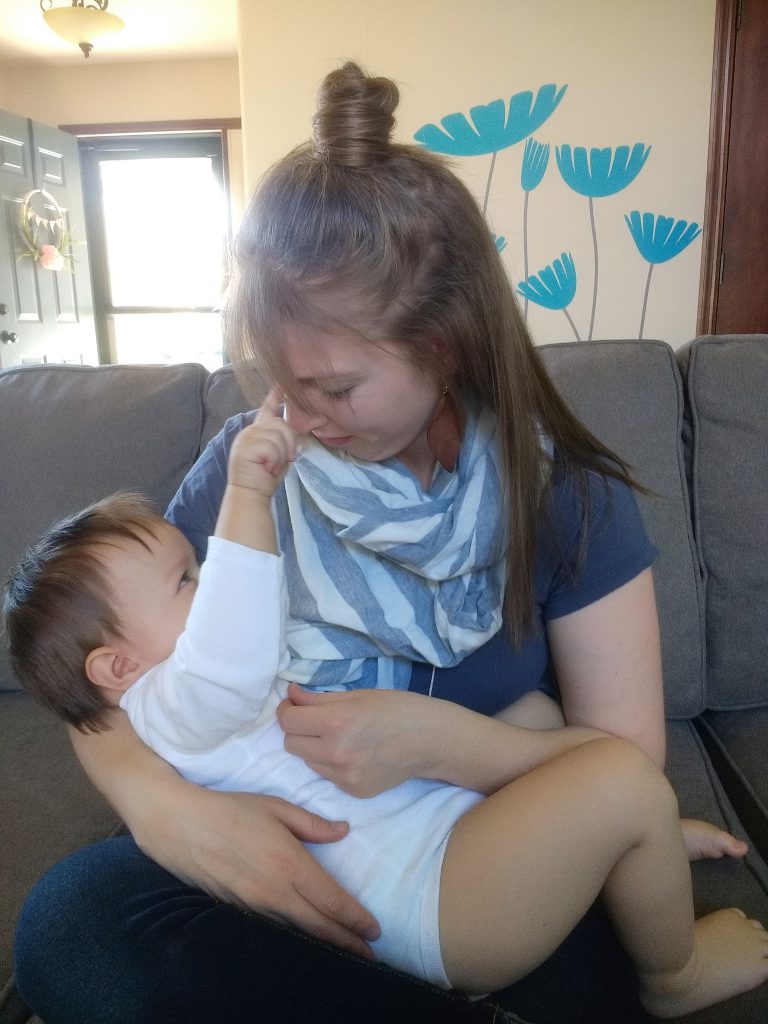 Before this experience, I’d had no idea that mother and baby could struggle for weeks – even months – and still end up with a successful nursing relationship.

It would have made all the difference for my emotional and mental health to know that difficulty with breastfeeding (even to the point of having to give bottles at every feeding) in the beginning doesn’t mean it will never work.

We made a little more progress each week until finally at 2 months old he turned a corner and began nursing like I’d always imagined nursing a baby would be.

I went on to breastfeed our first until he was 4. Never in my wildest dreams did I ever think I would nurse a 4-year-old!

Breastfeeding for the Second Time

When our second baby was born I thought FOR SURE breastfeeding would be a breeze. I mean, I’d paid my dues, right?

Well, #2 taught me to not have any expectations about how breastfeeding would go, ha!

Our second AND third babies didn’t take to breastfeeding in the beginning either. And even though I was discouraged about it (breastfeeding is an emotional thing after all), I didn’t have the hopelessness and sense of panic that I did with our first.

Our second had a tongue tie identified when he was two weeks old.

Once his tongue tie was reversed he went immediately (like literally in the dentist’s office) from not being able to maintain a latch to nursing like a pro. I was shocked, as I had not expected it to be an immediate fix.

Our third baby also had a tongue tie identified and corrected at 2 weeks old.

Then, after several weeks he didn’t need any bottles and actually refused them!

So here I am now, eight years after the beginning of my breastfeeding journey, and I can say with confidence that if your baby doesn’t get the whole breastfeeding thing right away, don’t give up hope!

All three of our babies broke what I used to think were the biggest breastfeeding “rules” by having bottles and being supplemented with formula for a time. Hungry babies gotta eat even if they don’t know how to breastfeed. And all three went on to nurse well beyond a year.

So, dear mama, if you are struggling with breastfeeding right now, know that you have time to make it work. Be encouraged that more than anything, your baby needs YOU. And you are a good mama no matter how you decide to feed your baby. 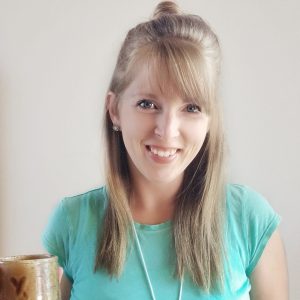 I’m Kendra and I’m a coffee-loving, busy mom of three boys. As a stay-at-home mom, my skills include reheating my coffee in the microwave, keeping our littles alive and fed (a BIG challenge with all boys), and finding creative ways to live resourcefully on one income. I love discovering and sharing ways to do more with less – whether it be time, money, energy, etc. – and encouraging other moms on their own unique journeys. We’re all in this together and we need each other!

You can find more from Kendra over at Savvy at Home Mom!