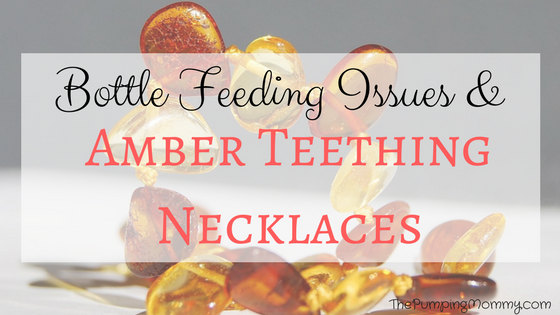 I’ve been bottle feeding breast milk since the second day after my daughter was born.

She didn’t want to nurse, or at least effectively. She was losing a lot of weight and had jaundice. It was either pumping milk and bottle feeding or giving her formula.

I always wanted to breastfeed her, so I went ahead and pumped.

It was at about 10 months when I started to have some bottle feeding issues her. I would pump and then give her the bottle, and as soon as I put it in her mouth, she would scream.

I didn’t know what the problem was…

Some of my friends said that maybe it was my breastmilk.

They wondered if it was something I was eating that changed the way the milk tasted to her. So, I did an elimination diet to see if that made a difference, and it didn’t.

I even tried giving her milk from a few months back that was stored in my deep freezer. She didn’t want that either.

She had other symptoms. She wasn’t sleeping through the night anymore, which I really thought was because she wasn’t eating as much.

She had a mild fever, but it was really low. It was so low, I didn’t think anything of it.

She was so fussy during the day, but again, I thought it was the lack of eating (she wouldn’t even want her baby food) and not sleeping at night. It all just seemed to come off the fact that she just didn’t want to drink her milk.

One day, I was sharing my frustrations with a group of moms at Little Gym.

As soon as she said that, I took out my phone and Googled the symptoms of teething, and sure enough – Kayla had all of them.

So, now I knew what it was, and I was so happy it wasn’t my breastmilk. But what was I going to do?

Breastmilk is a great remedy for many ailments, in addition to swollen gums that are typical of teething. The amount of breastmilk she was drinking wasn’t helping though.

I’m not a fan of pain relievers either. I believe Tylenol and Motrin shouldn’t be given to babies every day. It just seems so horrible for their stomachs.

I decided to ask the same mom that solved the mystery for me that it was teething what she did to help it. She told me about an amber teething necklace.

She said that she uses it and hasn’t dealt with teething issues anymore. All she does is put it around her baby’s neck every morning and takes it off every night. 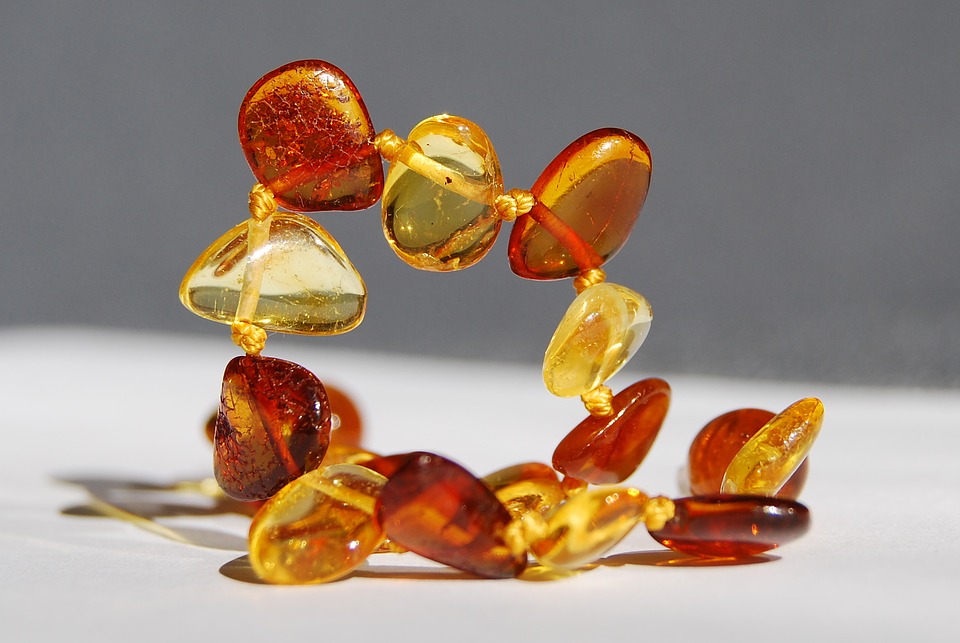 I asked her how it works.

She said that the amber beads on the necklace are made from fossilized tree resin. Amber has Succinic Acid in it, and that is the treatment oil that helps with teething symptoms, such as the mild fever, swollen gums, loss of appetite, fussiness, drooling, etc.

She went on to say that the treatment oil gets into the body by way of the skin. Since the skin is so permeable, natural Succinic Acid seeps in and goes into the bloodstream.

Succinic Acid is used by the body to improve the immune system, boost metabolism and reduce inflammation.

Many people have used it for centuries, particularly those in Europe and the Middle East.

It’s a supplement because Succinic Acid is found in many foods such as whole wheat bread, barley, cheese, and dairy. Usually, there’s not enough of it in these foods to help the body, so that’s why amber is great.

I became really excited as she was telling me about it.

She told me to look up Baltic Wonder because they have the most authentic amber online. They get their amber from Lithuania, which is part of the Baltic region of the world. Baltic regions have just the right climate and resources to ensure a high potency of Succinic Acid in amber.

So, when Little Gym was over, I went straight home to order one of the Baltic amber teething necklaces she told me about. It wasn’t as expensive as I thought it would be, and I was happy to see that I would be receiving a certificate of authenticity with the necklace.

It only took three days to receive my necklace.

It was about 4 days when I started to see a difference in Kayla.

She seemed calmer. It wasn’t until the 7th day that she started to drink her bottles of breastmilk again like she did before teething began.

I’ve kept her amber teething “anklet” on her and she’s done great with it.

There haven’t been any problems with her drinking her bottles anymore, and she hasn’t had any teething symptoms. She’s cut about 4 teeth now, and I didn’t even know until I saw them in her mouth.

I’m so relieved that it wasn’t my breastmilk that was turning her off of the bottle. I think that would have been devastating to me. I know she’ll start drinking cows milk soon, but I didn’t want it to be that soon.

If you’ve been having trouble getting your baby to drink a bottle, it might be teething, so consider it. If so, you can always use an amber teething necklace like I did.

To learn more about Amber Teething Necklaces, you can visit Baltic Wonder.

Jenn Sanders currently works as a marketing assistant at Baltic Wonder, a company that is dedicated to the health and well-being of infants. Outside of work, she enjoys spending time with her family and outdoor adventures. 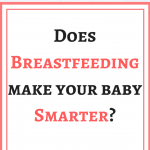 Does Breastfeeding Make Your Baby Smarter? 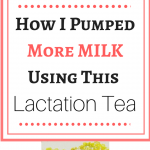 How I pumped More Milk Using this Lactation Tea! 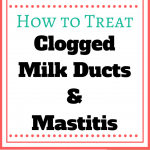